March 28, 2014
It takes some time until things that already have some tradition in other Western countries get into the Czech Rep. The Prague Fashion Night inspired by Fashion´s Night Out, that was held in 2009 in NYC for the first time, is one of many examples. It was held in May 2013 for the first time in Prague and it allegedly proved a huge success. They say the sales of the participating shops really got higher than usual. Therefore it was not cancelled and we have another opportunity to visit this event, this time more shops are participating. 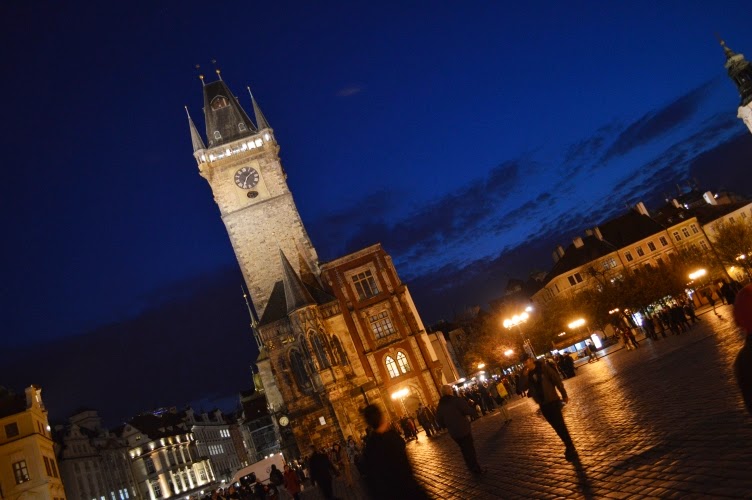 I am just wondering, if the trend of cancelling these events will get here sooner or later too. What am I talking about? Well, the Fashion´s Night Out in New York got cancelled, or put on hiatus at least for the year 2013, because it proved not so profitable for the shops hosting it because many people went there, socialized and got their free champagne, but never bought a thing. I understand it is a bit unpleasant for the shops, but on the other hand - is there a better chance to get in these shops and look in person at all the amazing things they are selling ? I think not.
You can see all the shops participating in this map. I did not visit the pop-up store in Petrská street, so I cannot really say that the King is naked, but I was not impressed that much. The shops and the things they are selling are in the most cases amazing, but it was not crowded at all. I felt quite sorry for the presenter at the info stage (photo below), who was saying something about a contest, but noone was actually there to listen to him, he even said: "You might be wondering what is this successfull event, when noone is here?... Well that is fine, that is how it should be, because it means everyone is having a good time." I think even the hostesses were feeling quite unsure, chatting with each other and waiting in a corner in case someone approaches to them by chance. 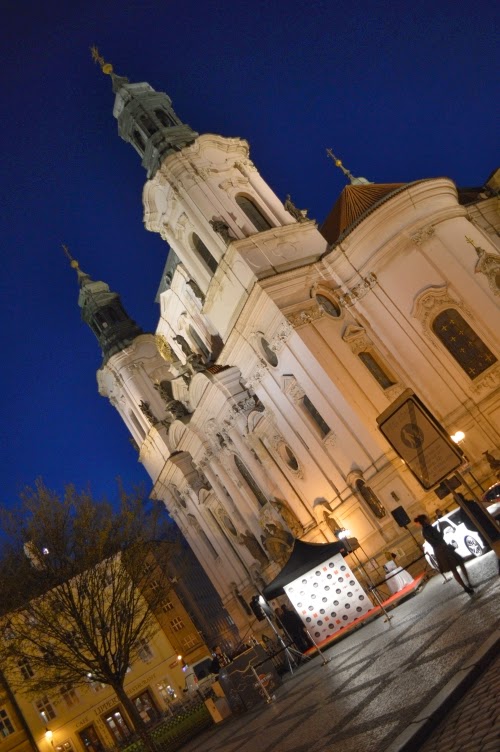 Most of the visitors were in their 30-40s, people connected somehow with the fashion industry or the target group of people who might eventually buy something. I was surprised I did  not notice any bloggers, because in other cities Fashion´s Nights Out are a huge socializing event. I think the drawback of this event is a lacking PR, only Harper´s Bazaar (who is the host), a few culture tips websites and mostly tabloids were informing about the event. I am not sure if the hight fashion brands really want to be featured in tabloids... just saying. I was also surprised by the rhetoric of a Czech fashion "guru" that implied everyone who is not shopping at Pařížská street in Prague is poor... I think the borderline of poverty lays somewhere else, at least for me (famine, anyone?). I can also see another drawback in a lacking programme of the shops, sorry, I am not interested in bars and coctails and champagne. The event is about fashion, the programme should reflect that (yes, there was actually an interesting fashion event during the PFN at TOD´S, but  it was invitations only...), although I can imagine that a slightly tipsy person could be persuaded to buy more because of the athmosphere etc etc, which is the point of the whole event after all. 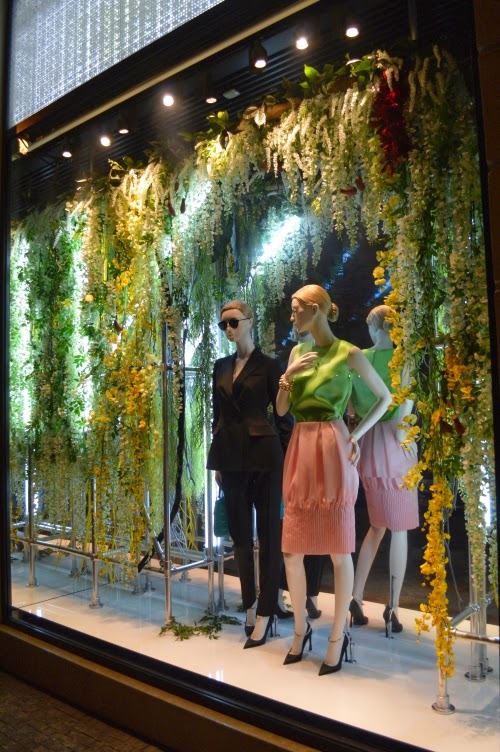 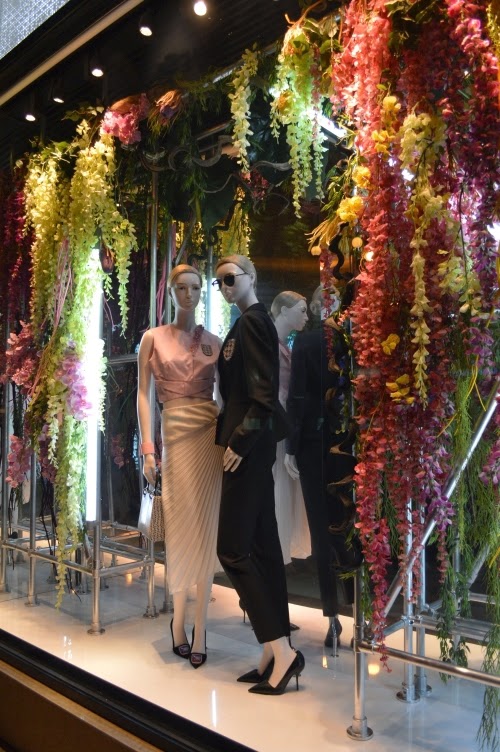 I really fell in love with the Dior display window. 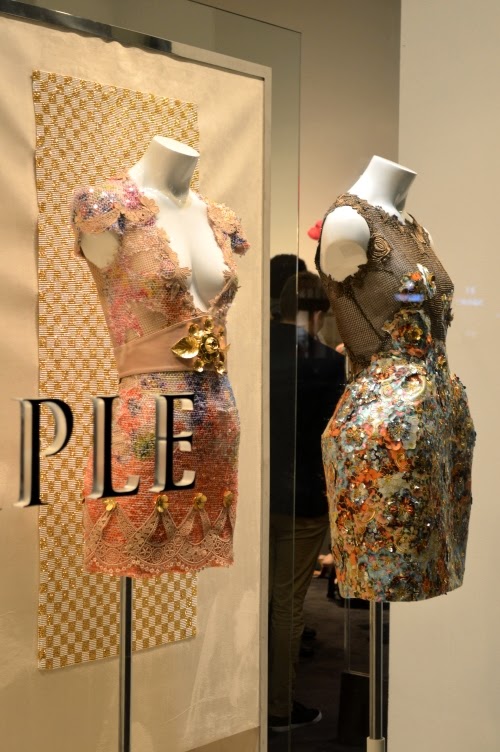 At the display window of the Simple Concept Store was a dress as if for Margaery Tyrell (left), do you see the golden rose on the belt? I really like this type of collage dress decoration as seen on the dress on the right. 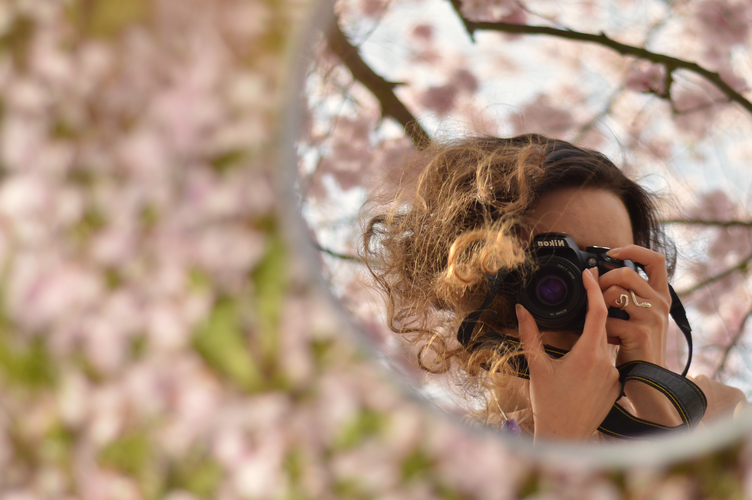 The cherry blossoms of 2022 II

Pleated skirts and dresses are my jam. There is a high change that when I spot something pleated hanging on a hanger in a shop I will go and at least look at it. And when it is a dress? That usually is a love at first sight! Plisované sukně a šaty jsou mí oblíbenci. Pokud něco takového zahlédnu viset na ramínku v obchodě, rozhodně se na to půjdu podívat blíže. A pokud jsou to rovnou celé šaty, tak to bývá láska na první pohled. The pleats are so interesting design detail just by themselves that they look the best on a fabric without any pattern, though there can be exceptions, for sure. And this simplicity draws me to them. Plisování je samo o sobě natolik zajímavým detailem na oděvu, že mu stačí jednobarevná látka bez vzoru, výjimky ale určitě také existují. A právě tato jednoduchost mě na plisovaných oděvech baví. I enjoyed when my mum to ld me stories how she would buy a fabric in a fabric store and then have it pleated, because years back such services existed and it wasn´t somethi